Energy Companies At Odds Over The Future Of Oil, But Is The Rush To Renewables Performative?

I have written much in this space and in my books about the shift of major energy companies like BP away from oil to a more diversified portfolio that includes renewable energy. Of course not all energy companies are alike. Some have embraced renewables more than others.

Today, the New York Times published an important piece in their Business section on the growing gulf between European and North American energy companies. European companies like BP have greatly expanded their renewable operations while American companies like Exxon Mobil are sticking with oil and natural gas.

The article points out a growing divide between pragmatists in the oil industry that recognize that climate change is a problem and that for their companies to flourish there is a need to diversity holdings, and traditionalists that continue to advance a dirty energy portfolio even with mounting evidence of systemic planetary problems associated with climate change. There is a growing distaste in the public and major investment groups, including the world's largest investment company, BlackRock, for support for dirty energy and, as the article notes, these companies seem rather out of step with major societal and corporate trends.

It is worth noting that the movement toward renewables is modest at best. Total energy use around the world continues to grow and renewables cannot keep up. Certainly renewables are a part of the growth, but the global use of coal, natural gas, and petroleum increased as well over the last 20 years. Thus, renewable energy production does not match the growing global demand for energy which must be met with traditional dirty sources. We have not had a serious policy in the U.S. and many other parts of the world as to how to significantly reduce overall global energy use to cut combustion of fossil fuels so renewables can be a bigger part of the portfolio. As we see global energy use continue to spike, it is worth questioning whether the modest move globally to renewables is a serious reaction to climate change or if it is a performative band aid. We cannot make a real difference until we cut overall fossil fuel use and that is not happening--even though we see green energy increasing.

This is the 14th post in this blog series, Sustainability Case Studies, that is based on the book The Palgrave Handbook of Sustainability:  Case Studies and Practical Solutions edited by Robert Brinkmann (yours truly) and Sandra Garren and published by Palgrave Macmillan in 2018. Each post in the series will comment on the content of the chapter as well as some general take-aways or practical teaching or personal/organizational initiatives that could be gleaned from the chapter. Links to previous posts on the series (including the post that introduced the series) follow after the chapter review.

This chapter, Japanese Women and Antinuclear Activism After the Fukushima Accident, by Professor Heidi Hutner of Stony Brook University, begins with an interesting review of the role of women in anti-nuclear activism since the bombing of Hiroshima and Nagasaki in 1945. Women have been leading the anti-nuclear charge for generations and this chapter explores how women continued the activism after Fukushima. One of the drivers of this activism is that women and girls are unequally impacted by nuclear pollution which was highlighted in the Preamble to the 2017 UN Treaty to Prohibit the Use of Nuclear Weapons. 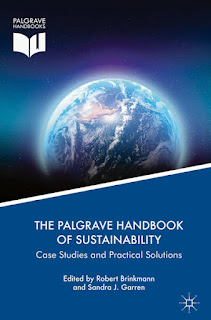 The case study section of the chapter reviews the events associated with the Fukushima disaster and the scope of the pollution problem that resulted when the cores were breached at the nuclear power plant. The levels of radioactivity in the area was shocking and the public was greatly dismayed by the amount of radiation released into the environment. All nuclear reactors in Japan were closed (not all of them are back online) and a new era of anti-nuclear activism, led by women, was born in Japan. Some protests had up to 170,000 protestors who marched to demand a clean up of the region and many Fukushima residents "occupied" areas of government spaces in Tokyo to shed light on the issue. Some of these protests continue to the present day.

The chapter reviews the stories of a number of women activists who helped to drive public knowledge about the disaster and who sought greater government action to mitigate the problems of Fukushima and prevent future radiation pollution events. There are too many fascinating stories to account here. However, it is clear that many women were radicalized by the events of Fukushima and that this is part of a long tradition of women engaged with the ant-nuclear movement in Japan. The chapter also makes a case that Japan's patriarchal government and decision-making systems have driven much of the move to nuclear power in the last 70 years in direct contrast to women who have been pushing for an anti-nuclear future.

Here are some discussion questions when using this chapter for a unit on activism, nuclear energy, and/or gender and the environment.

1. What was the Fukushima disaster and when did it occur?

2. What were the impacts of the 1945 bombing of Hiroshima and Nagasaki?

3. Why are women so engaged with the anti-nuclear movement?

4. After the Fukushima disaster, a number of different types of protests emerged across Japan. Describe them.

5. Who is Mioko Smith and how did she set the stage for the protests that emerged after the Fukushima disaster?

6. How did the disaster impact farmer, Sachiko Sato?

7. What is the "partnership ethic" and why is it important in this case study?

8. What evidence is there that Japan's decision making around nuclear energy is an example of a patriarchal power system? 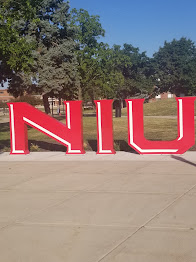 In late 2018, Northern Illinois University (NIU) announced the formation of a new center aimed at community-based sustainability. The Center, called The Northern Illinois Center for Community Sustainability (NICCS) has worked to shape its future through a number of conversations with a variety of interested parties on the NIU campus. Recently, the university posted an update about the center here that many of my readers will find of interest.

The Center is still working out the details about its organization and focus. However, many of the faculty associated with the center have a deep understanding of the field of sustainability and it is clear that the future of the organization is bright. As the article points out, two biology faculty associated with the center have received substantial federal grants and many faculty are engaged with projects that bridge much of the work being done in departments and colleges with work supported by the Center.

The Center will be housed in a new campus building that is currently in the planning stages. What is exciting about this project is that it has the opportunity to advance a regional and global approach to sustainability that also has a local context for the unique environment of Northern Illinois--one of the centers of the modern industrial agricultural system that also includes the vast Chicago megalopolis.