G20 Countries Responsible for 78 Percent of All Greenhouse Gases 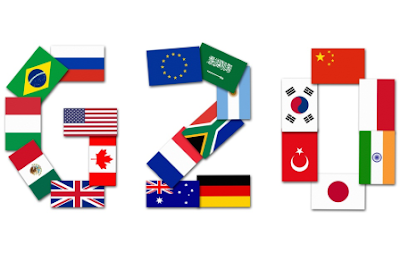 All of North America, most of Europe, Australia, and large chunks of Asia and South America are represented by these powerful countries. Most of Africa, Northern and Andean South America, parts of Central and Western Asia, and parts of Southeast Asia and Oceania are not included. Indeed, many of the countries most vulnerable to climate change are not part of the group that is responsible for producing huge amounts of greenhouse gases.

It is important to stress that among the G20 nations, the leaders of Australia, Brazil, Russia, the UK, and the United States have not worked with other G20 leaders to reduce climate change. Indeed, they are hostile to the overall goals of the Paris Climate Accord. Plus, it is important to stress that China and the U.S. are the biggest greenhouse gas producers. However on a per capita basis, the US and Russia lead the way.

The report notes that unless we make rapid changes, we are heading to a future with temperature increases of 3.5 degrees C by the end of the century. If you take a look around, you will see that the non-G20 countries are doing amazing things to try to combat climate change. For example, there are major efforts underway in Africa to reforest many areas to try to store carbon. Certainly many of the wealthy countries of the G20 are working hard to meet their goals. However, they are not doing enough. The G20 as a whole has a long way to go to try to save the world.
at December 01, 2019