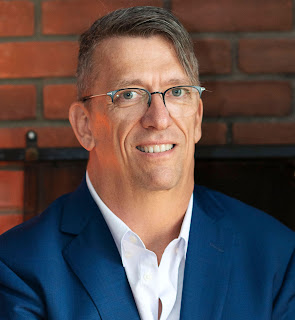 Throughout 2020 I am glad to to provide free talks to non-profit organizations on a variety of sustainability topics. I only ask that you cover my transportation. I will even cover the carbon costs. Non-profit organizations include schools, universities and colleges, religious organizations, social and professional groups and clubs, libraries, and community groups. I am also happy to speak to for profit groups for a fee.

I can tailor my talk for your group within the context of sustainability. If you want to share my bio with your team making speaker decisions, I pasted it below. My next public talk will be at the New York Marine Teachers Association on December 1 and will be titled, Four Emerging Sustainability Trends and How Marine Educators Can Ride the Wave.

Please reach out to me if you want to discuss a date or want more information.


Robert (Bob) Brinkmann, Ph.D.is the Director of Sustainability Studies at Hofstra University where he is also a Professor in the Department of Geology, Environment, and Sustainability.  He was born in 1961 in rural Wisconsin and was greatly influenced by his experiences growing up in a rural, small-town environment. As a child he spent many hours in nature hiking, fishing, and canoeing, especially in the wilderness of northern Wisconsin.  In 1979, he entered the Geology program at the University of Wisconsin at Oshkosh. There, he earned a Bachelor of Science with a focus on lithology, mineralogy, and field geology.  During this period, he travelled throughout North America and participated in a geology field school in the Yukon.  His first publication, on the formation of the Berlin Rhyolite, was published in 1982.
After graduation, Brinkmann attended the University of Wisconsin-Milwaukee where he earned an MS in Geology in 1986 and a Ph.D. in Geography in 1989.  While in graduate school he worked in diamond exploration, ice crystallography, and soil chemistry.  It was while conducting fieldwork in diamond exploration that Brinkmann began to be influenced by sustainability issues.  He started to take courses with the late Forest Stearns, one of the first ecologists to call for research on urban ecosystems, and the late Robert Eidt, a soil scientist noted for his definition and interpretation of anthrosols, or humanly modified soils.  Brinkmann began to study a number of topics including heavy metal geochemistry of garden soils in cities, ancient agricultural soils in the Arabian Peninsula, and soil and sediment erosion in mountainous regions.  Brinkmann also took courses with cave and karst expert, Michael J. Day and noted archaeologist, Lynne Goldstein.
In 1990, Brinkmann became an Assistant Professor at the University of South Florida (USF) where he continued his research on urban sustainability, particularly as associated with soil and sediment pollution in urban and suburban areas and cave and karst research.  He published numerous articles and books including the only book on the science, policy, and management of urban street sweeping (with Graham Tobin) and the only book on sinkholes in Florida.  He became a Full Professor in 2000 and the first Chair of USF’s Department of Environmental Science and Policy.  He also served as Chair of the Department of Geography and as Associate Dean for Faculty Development in the 2000’s.  He arrived at Hofstra University in 2011 to start a new Sustainability Studies Program.
Brinkmann is the former Chair of the Board of the National Cave and Karst Research Institute and has served as the Co-Editor of the Southeastern Geographer.  He was an Associate Editor for the Journal of Cave and Karst Studies.  He has served as an elected officer with a number of national, regional, and local organizations.  Brinkmann has appeared on a number of national news outlets as an expert on geologic and environmental issues including CBS News and CNN.  His blog, On the Brink, which focuses on environmental and sustainability issues, gets thousands of hits a day.  His latest book, Environmental Sustainability in a Time of Changewas published this year by Palgrave Macmillan.
at November 17, 2019