My Interview With James Ellsmoor, Director of Island Innovation

James Ellsmoor is an entrepreneur, writer, and sustainability expert who is one of the world’s leading voices on the sustainability of islands—particularly small island states. He is the founder of the Virtual Island Summit and has been named a Forbes 30 Under 30 Entrepreneur. He also contributes to Forbes on sustainability topics.

Since the Pacific Islands Forum has just ended with modest success and since the Virtual Island Summit is coming up, I thought it would be great for the On the Brink readers to learn more about James, his work, and his thoughts about sustainability through an interview.

It was not so much one person in particular as much as what. There were multiple things that pushed me in this direction, and they are best summarized by the old proverb: “A society grows great when old men plant trees in whose shade they know they shall never sit.”

The environment is an extremely complex web of interactions. This means that any action that is not part of these natural processes will have a consequence - not necessarily immediately, but if that action persists the consequences will compound over time. This is how issues like land degradation, ocean acidification and collapsing fisheries are taking hold.

It became clear to me that a future where development is done with the environment as a shareholder rather than a resource to exploit could create a better, sustainable world. Once you see past the environment as a short-term - and finite - profit-generating resource to see the potential applications of renewable or sustainable development as well as their benefits for current and future generations, then you have a different outlook on the world.

The climate crisis we are currently experiencing means that it is common to hear the ‘doom and gloom’ stories that dominate a lot of news cycles. Especially in an environment-based sector such as sustainable development, we tend to hear much more about the negative sides than the success stories.
However, that isn’t constructive – is it? If we live by the negatives and choose to ignore the positives then we’re falling into the trap of thinking that nothing can be done to drive innovation and find solutions to our issues, which simply is not true. That being said, a mixture of negativity and positivity leads to a more constructive, realistic debate, it is all about striking a balance.
New scientific findings are constantly updating our understanding. We should strive to be more scientific, which means being realistic about the problems we face. Negativity is constructive only if paired with optimism, which in turn drives innovation - its a cycle. By sharing the positive stories – and there are many – that are happening globally we can shift the conversation away from ‘doom and gloom’ to ‘hope and optimism’. 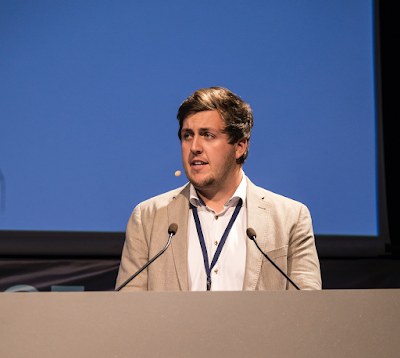 My work with Solar Head of State is one of the biggest highlights to date. Solar Head of State is an organization that I co-founded that has the aim to make renewable energy influencers out of world leaders. Our work in Jamaica was extensive, and we helped to promote the country’s renewable energy policies while also drawing attention to solar power throughout the nation with the Jamaica Solar Challenge.

The Jamaica Solar Challenge was a competition asking Jamaican youth to create a project that would effectively communicate to their peers the benefits of renewable energy. This was carried out at the same as Jamaica’s Prime Minister Andrew Holness revealed his ambitions for the country to reach 50% renewable energy by 2030, up from the official policy of 30%. This was announced during the commissioning of a new government building on which we had installed a state-of-the-art solar array.

We were able to see firsthand the impact that climate change has on islands, as well as how much positivity sustainable development and renewable energy could provide. It was a surreal and rewarding experience that has now led to several new projects.

Supporting and empowering local institutions. COP21 was a step in the right direction and has spurred a lot of change globally, but it may be time for the governments lagging behind - such as Australia and the US - to be reminded of their commitments through some form of sanction or reprimand. There needs to be consequences or there will be nothing to stop nations from flaunting their commitments. The Pacific islands contribute less than 0.03% to global carbon emissions yet they are on the frontline of climate change. Low-lying islands worldwide are faced with the same problems and they have known for several decades that climate change would be an issue they would face, yet these islands have never given up on trying to find a solution - it only seems fair that we support them and find one.
Islands are leaders in innovation and climate action, pioneering carbon-neutral electrical grids to community-based energy transitions. Using their experiences to build a blueprint for large scale sustainable development would ensure that we reduce carbon emissions and mitigate the damage from climate change. A more island-centric approach would be to invest in resilience strategies as well as research into efficient management techniques. In the past decades local institutions have already done a lot to further our understanding of the processes of climate change, identifying opportunities for innovation and sustainable development. Empowering these institutions and the communities on islands worldwide will go a long way in helping address the challenges created by the climate crisis. 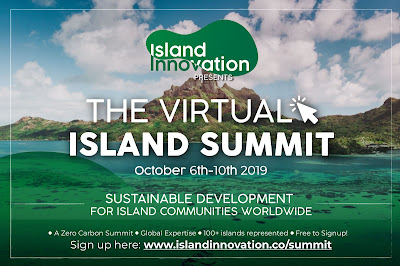 We hope to create an online community that includes cross-sector collaboration and facilitate communication and knowledge sharing with the goal of driving innovation. By being an entirely virtual conference it will provide opportunities for global participation and showcase expertise from a variety of fields. This will ensure that decision-makers and practitioners from around the world will be able to discuss, share ideas and find solutions that benefit all stakeholders. On top of this, the Virtual Island Summit will be carbon neutral, the conference will be using modern technology to be entirely online, thereby eliminating the need to travel to and from locations and massively reducing greenhouse emissions.

I started the Virtual Island Summit as an opportunity to share even more information and increase participation. We will engage over 5,000 participants from a diverse range of island communities and discuss environmental issues such as energy and waste but also cultural preservation and social issues. There are big opportunities to share knowledge and now digital communications gives us a way to do so.

Climate change is a symptom of a wide-ranging set of problems that need to be addressed and urbanization is a developmental process from which many of these problems can be fixed. The United Nations’ Sustainable Development Goals are always mentioned in new projects whether they be in the Caribbean, the Pacific, Europe, or the United States! They serve as a blueprint for a better form of urban development and has led to innovation in the fields of circular agriculture, governance, and renewable energy - just to name a few. On top of ensuring that new city expansions are built in a way that is sustainable, there is also a rising need to redevelop already developed established areas to a similar level. Islands worldwide are working towards creating a society that is sustainable not only from an environmental perspective, but a socio-economic one as well. Only once we are able to expand and build societies in a way that is sustainable will we be able to take on larger, overarching issues such as climate change.

Innovation is a major component of sustainability, and there is currently an abundance of opportunities for potential entrepreneurs to create a business within that sector. There has been a massive shift over the past couple decades where companies, cities and nations have become more invested in creating a sustainable future and are willing to work across different sectors to find the best possible solution.

Innovation can take so many different forms, it doesn’t have to be a major idea or a massive program, it just needs to be a product, service or project that would fit well within a society that is seeking to be as efficient as possible without creating waste. Sustainability is a rewarding sector to find yourself in. You will see the world from an entirely different point of view once you start imagining how to make processes or developments more sustainable - and that is both how you promote innovation and craft an idea worth following!

Renewable energy such as solar or wind has always been constrained by its natural cycles, but new developments in battery storage has created a revolution within the renewables market. From the Tesla mega-battery that is powering the state of South Australia’s backup power grid to the rise in electric vehicles or even the spread of pico-solar installations in Kenya and Papua New Guinea, batteries are driving sustainable development.

The rise of storage is a major component in renewable energy but we need more innovation that has made batteries more efficient. This has increased the interest in renewable energy as well as made it easier to promote a transition away from fossil fuels, with renewables now able to be stored on a large-scale and providing a range of other benefits.

James Ellsmoor is the Director of Island Innovation, a company operating worldwide to build digital bridges and connect distant islands. He is the organizer of the Virtual Island Summit which will be held in October 2019.