It's time again for an On the Brink Quiz! Today's quiz tests your knowledge about Robert Bullard who is considered the Father of Environmental Justice. The answers will be in the comments section of the blog. Links to previous On the Brink Quizzes follow the questions.

1. Perhaps Robert Bullard's most famous book is called Dumping in __________ which focuses on the disproportionate siting of waste sites in neighborhoods of color.

2. Bullard received his Ph.D. from Iowa State University in what field?

3. Robert Bullard started his extensive work on environmental racism in this Texas city where, at the time, all of the city owned landfills were in black neighborhoods?

4. Bullard, along with other colleagues, was responsible for urging the EPA to form what important office?

5. The Sierra Club gave Bullard their highest award in 2013. What is the name of this award?

6. Bullard noted after this important disastrous environmental event that the aftermath demonstrated not incompetence, but institutional racism at many levels of society. Name the event.

7. Robert Bullard was born and raised in which state?

8. Bullard served in which branch of the military?

9. One of the themes of Bullard's research is the siting not only of landfills but other LULUs in minority and/or poor neighborhoods. What is a LULU?

10. According to Bullard, what is the number one environmental justice issue facing our society?

To many, Long Island has a very strong sense of place. I seek to highlight the distinct regional character of the place by posting photos taken while walking its circumference starting from my home in Port Washington, heading west toward Brooklyn along the shore, back around to the southern shores to Montauk and Orient, and then back across the north shore to Port Washington. Since I have a day job and do not relish suburban and urban camping, I break these walks into pieces. Today's post focuses on eastern Queens along the Long Island Sound near where it turns into the East River from historic Fort Totten to Whitestone. For each segment, I stay on public roads that get as close to the shore as possible. I don't go on dead ends and I avoid dangerous stretches where walking is problematic due to traffic. Hopefully, the series of photo essays provides insight into the geography of this region at this particular point in time. Previous segments are linked at the bottom of this post. 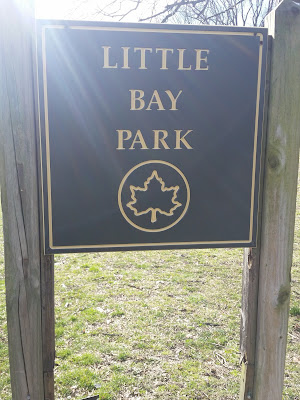 In November and December last year I wrote a seven-part series on the Dakota Access Pipeline that provided a geographic and historic review of the controversy. The series has proven to be one of the most popular in On the Brink history. However, I never put them together on a single page for easy access. I am remedying this problem today by providing a list of the seven posts with a brief summary about each one. Links for further reading are embedded in each post. Note that at the conclusion of each of the essays are questions that require quantitative, qualitative, analysis, and synthesis responses. They can be used for classroom discussion or homework. There is no doubt in my mind that the Dakota Access Pipeline issue will be taught for the next few decades in environmental science and policy courses. Hopefully the resources below will be useful.

Part 3. The Pipeline Project. This section of the series summarizes pipelines in the U.S., pipeline technology, and the Dakota Access Pipeline project.

Part 6. The Legal Issues and the Protest. This post summarizes information on the legal issues associated with the pipeline project and discusses the protests that peaked in 2016.

Part 7. Ethical Considerations and Conclusions. The series concludes with a review of the main ethical issues associated with the Dakota Access Pipeline.

News broke as I wrote Part 7 in December of 2016 that the pipeline was to be rerouted. Since the new president took office in January things have changed tremendously. The protesters have largely been removed by force and it appears as if the pipeline project will move forward. This will be one of the most talked about environmental justice issues of this generation.

The Camellias Are at Peak at Planting Fields

The post is mainly for the Long Islanders and New Yorkers. If you are in the region, the Camellias are at peak at Planting Fields Arboretum. If you ever wanted to have a camellia overload, now is the time. 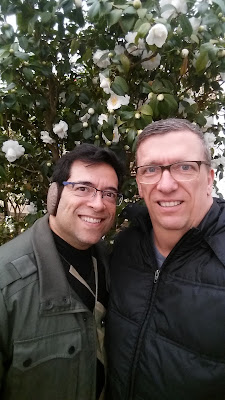