Nuclear Energy Week on On the Brink 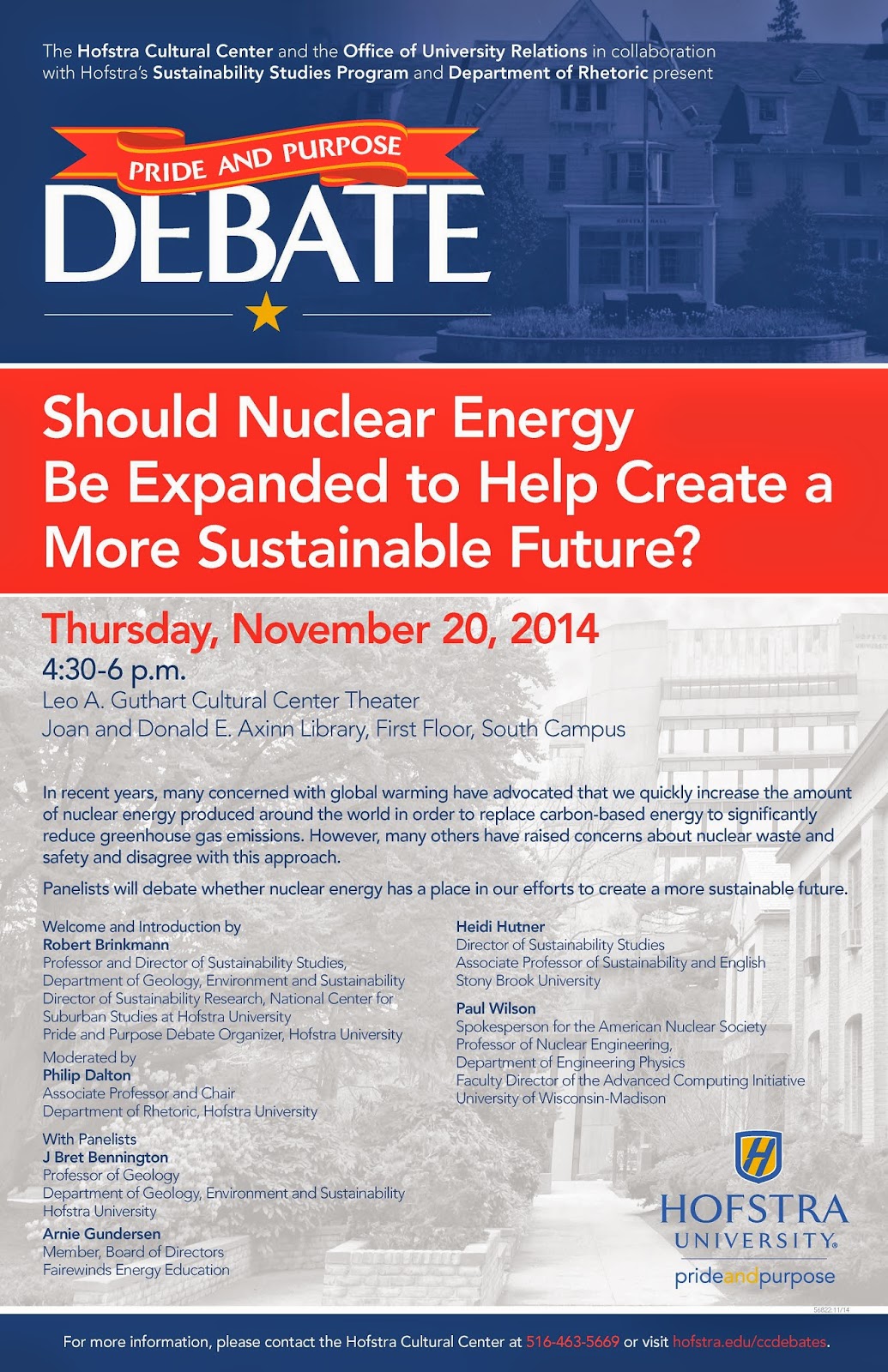 In the coming week, I will have several posts on this issue.  Here's what to expect:

Sunday:  What is nuclear energy and how is it produced in power plants?

Monday:  The distribution of nuclear power plants around the world and the amount of nuclear energy produced.

Thursday:  Introduction of the debaters.

Friday:  Debate redux.  My reaction to the debate.

Hofstra hosted very important presidential debates in the past.  Each year, the university also hosts a marquee Pride and Purpose Debate that takes on important issues in our society.  Last year the debate focused on genetically modified (GMO) food.  You can see that debate here.

This year's debate on nuclear energy will be streamed live at 4:30 pm Eastern Time on Thursday.  If you are not in the Long Island area, please turn in to watch!  I'll post a link for the Webcast later this week.

For more information about the debate, please click here.
at November 15, 2014