A Week at Oxford

Hofstra University selected me to be part of a week-long visiting academic program that takes place at Harris Manchester College at Oxford University each year.  The program is for faculty who are seeking to use the libraries to finish manuscripts.  I am working on some research for my soon to be completed book on sustainability that will be out with John Wiley and Sons.

Given this opportunity, I will be blogging this week about sustainability initiatives in Europe and England more specifically.  Stay tuned!
at June 30, 2014 No comments:

Mario and I had a bit of a working vacation last week in Serifos, an island in the western Aegean Cyclades Group of islands.

As you can imagine, life in a Greek island is lovely for tourists, but a sustainability challenge for locals. Much has been written about island sustainability and the difficulty of trying to sustain basic life ways when there are limited resources.  One has to make due with the materials, goods, and services available on the island or one has to import at great cost.

Food of course is a huge issue for island communities.

Serifos has a dry Mediterranean climate which means that it has warm dry summers and cool wetter winters.  American readers and travelers would find the climate north of Los Angeles a fair comparison to that of many of the Greek Islands.

So, if you are a lover of olives, lemons, and wine, you will be able to grow all that you need in abundance.  Sheep do nicely in this climate.  However, if you want apples, bananas, peas, or broccoli, you will need to import it in along with your beef.


In the summer, imports come in regularly via ferry from Athens.  Transport trucks load up with produce and are driven onto the ferry boats to supply to the many restaurants that feed the tourists and the stores that cater to a local crowd.  In the winter, when the population drops to 1600, deliveries are much less common.  Many locals rely on their gardens, small olive and fruit orchards, sheep, and chickens for a large proportion of their food.  Here, local isn't a new fad, it's a necessity.

Water is another problem for many islands.  It is particularly an issue for sunny vacation islands because flocks of tourists come and utilize water resources at the time when there are no new additions to water reserves.

In 2004, the Greek government built a unique double sided dam to capture water in the winter that flows in one of Serifos' few major intermittent streams.  Water is stored for use in the summer when water consumption peaks when tourists arrive.  In the past, homes in Serifos used cisterns that collected rainwater from buildings, or they had a well.

Like many tourist islands, Serifos is a vulnerable place.  It has to import all of its energy and manufactured products.  When the tourists and vacationers do not come due to an economic downturn, the island's economy suffers greatly.

100 Most Beautiful Gardens of the World

I'll have some big news soon about the Long Island Food Conference that will be held at Hofstra in Spring of 2015, but for now, it's time to enjoy the beauty of summer!  I found this video below of the 100 most beautiful gardens of the world.  How many have you been to in your travels?  What gardens would you add to the list?

Email ThisBlogThis!Share to TwitterShare to FacebookShare to Pinterest
Labels: 100 beautiful gardens of the world, gardens, lists 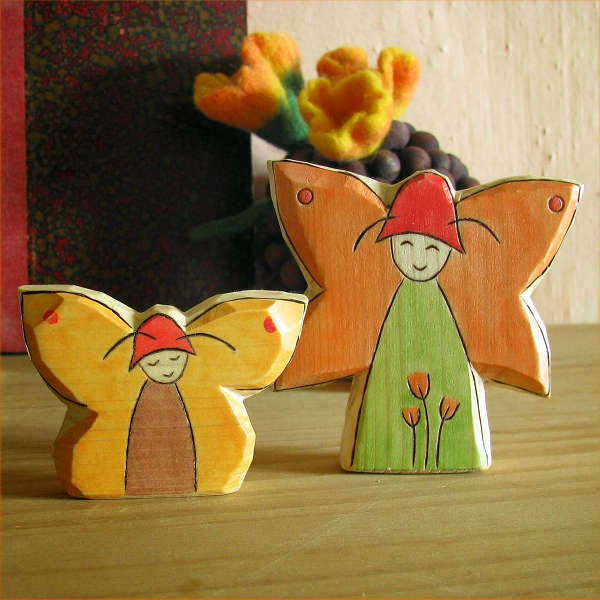 As my readers know, the modern sustainability movement is all about measurement and accountability. We have to set goals to make the world a better place, find ways to achieve the goals, measure our successes and failures, and report on our results.  There are many good examples of these types of benchmarking and measurement systems.  I just ran into a new one today:  Eco-Schools USA.

This system was developed by the National Wildlife Federation and involves seven steps within k-12 schools:

What is nice about this program is that it mirrors a number of other systems that involve community, students, and curriculum in conversations about the environment.  You can read more about the plan here.  Schools are also rated on a point base system as green, silver, and bronze.

The Website has some great case studies here.  If you are a teacher or a parent, you might find the resources on the site very useful.
at June 16, 2014 No comments:

What's in a name? Does a hurricane's "gender" affect how seriously folks view it?

A very interesting study was published in Proceedings of the National Academy this spring. The authors looked at the archives of historical hurricanes and compared the gender of the name of each with the number of people that each storm killed. As they state in their abstract, "We use more than six decades of death rates from US hurricanes to show that feminine-named hurricanes cause significantly more deaths than do masculine-named hurricanes."

What does this mean?

Some reports on the study have focused on the implicit sexism: a recent Washington Post story was headlined "Female-named hurricanes kill more than male hurricanes because people don’t respect them, study finds."

One critique focuses on the fact that the authors of this study found the most significant relationship between storm name and mortality when they did not distinguish between the early period when all hurricanes were given female names, and the more recent period since 1979 when storm names have alternated between female and male. The fact that more people were killed by earlier storms creates bias in the data.

I think that despite this critique, the authors are on to something very interesting and significant. In addition to their archival correlations, they also performed three experiments. In one of these, people were asked what evacuation plans they would make based on hypothetical storm scenarios. Hurricane "Christopher" evoked more commitment to evacuate than hurricane "Christina". Clearly, we need further examination of unintended effects such as these, in order to maximize public safety in the face of killer storms.
at June 13, 2014 No comments:

There were some interesting developments in Latin America on energy over the last couple of weeks.  Today came reports from the New York Times that Chile is abandoning expanding hydroelectric power due to environmental concerns brought up by environmental activists.  Plus, there is news from Ecuador that the President of Ecuador is opening up the Yasuni National Park in the Amazon for oil extraction.  These two stories are interesting in juxtaposition to each other.

Hydroelectric energy is considered one of the greenest forms of energy production in the world.  Indeed, while Chile is abandoning its expansion, many countries are building dams to try to get off of carbon.  While environmentalists may feel like they scored a victory, it comes at a greater cost to carbon and results in further exploitation of fossil fuels.

Which takes us to Ecuador.

Ecuador has a checkered history of exploitation of fossil fuels.  Indeed, the current President, Rafael Correa, has fashioned himself as a green leader of the continent and has spoken out repeatedly against the oil industries in Ecuador.  His recent approval of drilling in the national park is a stunning turn around in Ecuadoran environmental policy and will certainly call into question Correa's policies and commitment.  According to The Guardian, the deal for oil exploration is a 1 billion dollar deal with a Chinese company.

So while Chile abandons hydroelectric, Ecuador goes all in on oil with China, even after experiencing severe environmental problems from past drilling.

It is understandable why there is so little hope for truly solving the global climate change problem.  Did I mention that gas is cheaper than water in Venezuela?
at June 11, 2014 1 comment:

Hofstra Hall, the original home of the Hofstra's, is undergoing a bit of a renovation. New windows and insulation are going in to make it more energy efficient. It got me thinking about how much that building has been through over the years. The university was founded in 1935, but Hofstra Hall was built in 1904 as a manor house.  The original owners wouldn't recognize how much this place as grown. The building is enjoying its centennial this year.

Thirty-one years after it was built, it became the center of the new university. Let's take a look at other things that happened in 1935:

There are five main things that everyone should know about President Obama's new greenhouse gas rules.  Here they are.

1.  The President is using the Clean Air Act as passed by the U.S. Congress to regulate greenhouse gases.  The Clean Air Act is the main law used to regulate any air pollution.  It is used successfully to manage a number of threatening air pollutants and our country's air is much cleaner because of this law.  The President is responsible for enforcing the laws of Congress and thus he is following the rules set down by Congress in setting the new rule.

2.  The Supreme Court required the use of the Clean Air Act in regulating greenhouse gases many years ago.  Indeed, if the President did nothing, citizens could sue the government for failing to follow existing laws to regulate greenhouse gas pollution.  All three branches of government have verified the President's authority on this matter.

3.  The new rule provides tremendous flexibility for states to manage their own greenhouse gas emissions.  The rule does not provide a specific dictate about the way to reduce emissions.  A variety of means can get the same result.

4.  Most states were already working on reductions at the level of the President's mandate.  What the President set forth followed the leadership of many states.  This is not going to be a significant hardship in most areas of the country.

5.  The coal industry will be hard hit.  There is no doubt that the coal industry will be hurt in this initiative.  Most of the other energy industries have already moved into green energy and greening existing operations.  Coal has lagged behind in developing new technology.  With all of the advances in green energy and natural gas, coal is the typewriter in a room full of I-Pads.  Would you want to go back to a typewriter?  However, that doesn't mean that attention shouldn't be paid to those parts of the world where coal is a significant industry.  It's time to find ways to find new jobs in those areas.
at June 04, 2014 No comments: