The Dignity of National Parks Employees 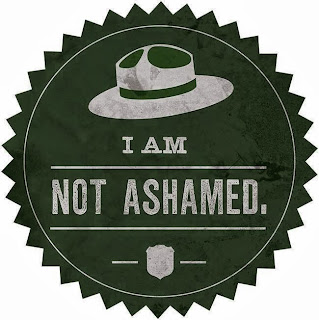 Anyone who reads this blog knows that I am a big fan of the U.S. National Park Service.  We have the best national parks in the world.  They were started by leaders who understood the value of wilderness and public space to the lives of Americans.  They stand as a symbol of the cooperative nature of our society and the values we place on public space and discourse.

Most of you have probably seen the video of Representative Neugebauer telling a park service employee she should be ashamed for doing her job on the Mall in Washington D.C.  If you haven't, take a look here.  It was a piece of political grandstanding that clearly went wrong.

One of my friends, Ronal Kerbo, worked for the National Park Service for 31 years before retiring.  He did amazing work on park management, particularly on cave and karst management in the western parks.  He is one of the reasons we have a National Cave and Karst Research Institute in our country.  He has done great service for the people of the United States.

On facebook, he posts lots of images of his family, beautiful photographs of nature, and lots of food (he's a noted expert on southwestern cuisine).  He is distinctly not political.  Indeed, since I've known him I don't think I've ever heard him say anything political at all.  He's like most government employees I know.  They keep their politics to themselves.

But the video of the congressman castigating the park service employee brought out a variety of comments from him and others who love the parks.  They were not complimentary of what is going on in Washington and certainly not complementary to the congressman.

What was striking in the video is the dignity of the Park Service employee's response to the berating by the congressman.  She said simply, "I am not ashamed."  None of us should be ashamed of our park employees.  We should be proud of their work and their service on behalf of all of us.  I know that I am grateful for the service of the park employees on the Mall, Ronal's service, and the service of so many others out there who are currently furloughed.

What we should be ashamed of is a government that allows this to happen.