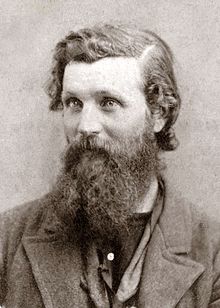 I am talking about John Muir in my class today.  So, I thought I would give a quiz today to test your knowledge about his early life.

3.  John Muir was injured in a factory accident when he was a young man.  How was he injured.

4.  According to Muir's writings, what was the first mountain range he experienced?

7.  When Muir recovered, he went to California by ship.  To which city did he sail?

8.  How old was Muir when he arrived in California?

9.   When he first arrived, what job did Muir have in California to support himself?

10.  Who inspired him to think more deeply about his writing after meeting in California?