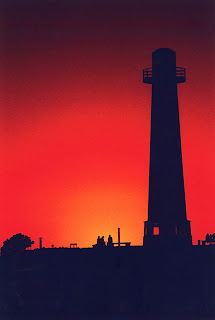 Former student JoAnn Sullivan sent along these photos for the photo contest.  She took them near Los Angeles.  The first one is called Sunset on the Bay, the second is called Discarded Heroes, and the last one is called Mother Nature Reclining.  They are all really wonderful shots, but I am going to pick Mother Nature Reclining for the contest entry.  I love the blues in the photo and I feel relaxed just looking at it!  Thanks for sending them along. 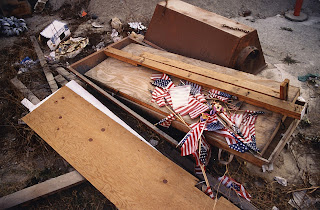 JoAnn is also a visiting professor at William and Hobart Smith Colleges in way upstate New York.  She received her Ph.D. from the University of South Florida under the direction of Dr. Jennifer Collins, her  main advisor.  I served on her committee, so I am familiar with her dissertation work which was on urban heat islands.  She conducted one of the most detailed assessments of heat island phenomena I have ever seen.  What I mean by this is that she had a very detailed geographic grid in which she sampled temperature every hour for many days.  To do this, she distributed miniature heat sensors all over Tampa to record the temperature.  She downloaded information from the sensors over regular intervals and mapped the data.  What she found was that there is indeed an urban heat island that occurs over Tampa, as others have found in cities all over the world.  However, most importantly, she found that the heat island was not so much an island, but an archipelago.  The results indicated that the heat islands are much more complex than previously thought and are very much impacted by local land use, vegetation, and other factors.  JoAnn, if you read this post, perhaps you could post some links or more detailed information in the comments section about your work. 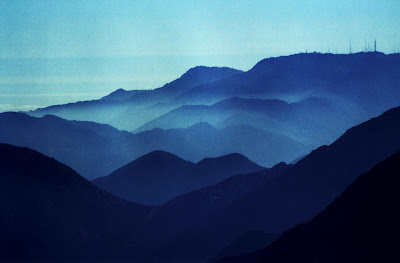 These are all the photos I have in on the photo contest, so if you sent some in and I did not post, please resend.  Also, we still have a few weeks until the deadline (February 10).  So, please send in your nature photos if you want to enter the contest.  The winner will get a bat t-shirt.  The photos do not need to be recent.  Send them to robertbrinkmann@rocketmail.com